Do you post about your child’s milestones on social media? If you do, well, you’re not alone.

Their birth, baby’s first steps, funny or sweet moments, the first time they said mum or dad and the first day of school.

The presence of social media has made it second nature for parents to post or tweet about their kids. In fact, this study by the University of Florida Levin College of Law found that many babies already have digital footprints even before they’re born. 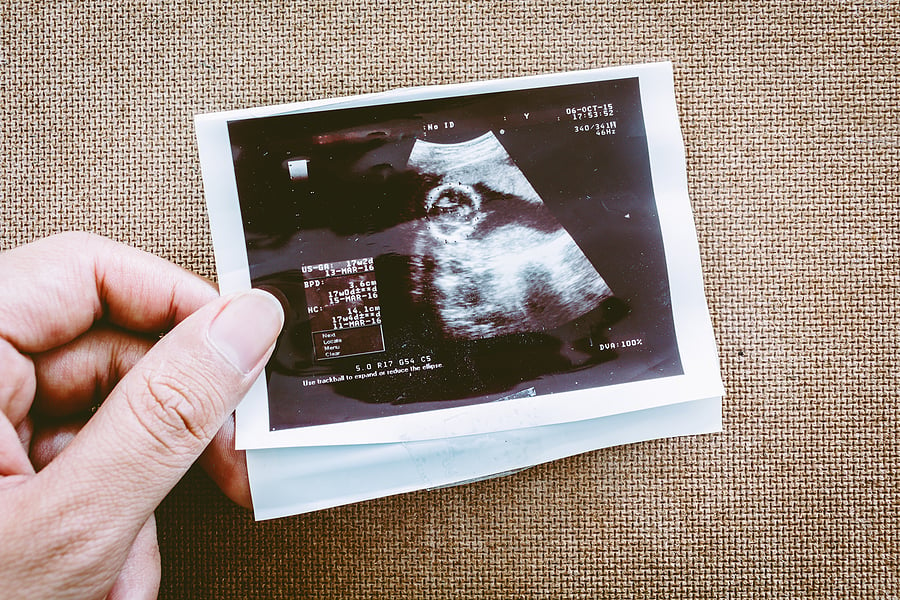 Experiencing these milestones are all so heartwarming and the intention is purely wanting to share that joy to family and friends. But posting it on social media should take a lot of thought, as security experts note that a lot of predators see this as an opportunity to collect information.

Hilda Sirec, AFP Commander of the Australian Centre to Counter Child Exploitation and Child Protection Operations has emphasised the need for parents to implement safe online practices to protect kids from the dangers brought by social media especially during the back to school period.

The AFP has pushed for this awareness after seizing photos from offenders being used to build profiles of their victims.

“There’s no reason why parents and carers cannot continue to take those wonderful happy snaps and post them online.

However, we are urging parents and carers who are sharing those images to make sure they’re using secure privacy settings and only sharing images with people they know and trust,” Commander Sirec said.

The first day of school photos have the potential to reveal valuable information such as the uniform and the name of your child’s school, making your child an easy target for internet predators. In an article released by the Australian Federal Police (AFP) parents are urged to assess a photo or video of their children before posting it online.

Geo Tagging features are tempting to take advantage of, but security experts advise parents to skip that part as it can be a way to know where your child’s school, places you frequently go to and even where their route is when going to and from school.

Ensure that the image or clip you are about to post does not give away your child’s personal information. Also check that it won’t give away your address or location or any other personal details. Avoid posting photos of your child’s school in the background or when they are wearing their school uniform.

Your social media settings are secured and as private as possible. The option to change manually who you share your photos to can be done, and it is best to choose the “Friends” setting instead of “Public” on Facebook for instance. For extra precaution, only add people on social media whom you know in real life and are really close to.

“If sharing content of children online, check the privacy settings and make sure that your social media accounts are using the most secure settings possible,” Commander Sirec added.

Sometimes, aunts, uncles, grandparents, and close family friends are present during your children’s milestones. They will probably want to post it on their social media, too.

Aside from making sure that the people you share these photos and videos with are trustworthy, you also have to tell family and friends to apply the same rules above and to always ask for your (the parents) permission before posting about your children on social media. Having this conversation ahead will avoid misunderstanding and conflict. It will also help you ensure that your circle is protecting your child with you. “Sharenting” and the dangers that come with it

In the academic paper titled Sharenting: Children’s Privacy in the Age of Social Media by Stacey B. Steinberg of University of Florida Levin College of Law the following facts were revealed:

In the US, 92% of two-year-olds already have an online presence and approximately 1/3 of these kids first appeared on social media as newborns. When Facebook photos of these babies are being posted, more than 40% mention their children’s names and 6.2% mention their date of birth. On Instagram, 63% post their child’s first name and 27% mention the date of their birth. How is “sharenting” harmful to children?

If there is something everyone should know about the internet, it’s the fact that once you post something, either privately or publicly, it can live on the internet forever even if you delete it.

Sometimes what we post can be admired and then forgotten, but it can also travel widely on the internet, be used against our children and may bring them harm as they grow up.

According to AFP Commander Sirec, some offenders go to great lengths in order to gain access to children and the AFP is seeing instances of online grooming starting from the information that parents and carers are sharing online.

“The increase of children being online during the pandemic year has also meant offenders have more opportunities to target potential victims.”

Through social media posts, a person can collect your children’s full name and birth details which can later be used for identity theft 15-20 years later. Photos of them wetting the bed, wearing a hilarious costume, or a funny moment of them as a baby can also be used to bully them when they’re older, at an age where they are conscious and confused. Some kids even become used as memes.

In worst cases, cute photos of them taking a bath or potty training can find their way to the hands of paedophiles.

This 2018 research revealed statistics that will be terrifying for parents as well as material involving infants or toddlers and even babies that are just a few days or months old.

Something as innocent as a child’s milestone can be twisted by those who mean harm and although stopping parents from posting their kids is too extreme, we must take it upon ourselves to think before sharing. After all, it is our duty our parent to protect them by evaluating how our habits affect our kids in the moment and in the future.

More info from AFP: If you believe a child is in imminent danger, call police Triple Zero (000) or visit your local police station. If your child is experiencing issues online, it is essential to collect evidence – taking screenshots or photos of the content. Once you have collected your evidence, block and report on the app, site or platform where the issue occurred.

Online child sexual exploitation can be reported to the ACCCE or to call Crime stoppers on 1800 333 000.

If you or someone you know are impacted by child sexual abuse and online exploitation there are support services available, visit the ACCCE to learn more.

Advice and support for parents and carers about how they can help protect children online can be found at ThinkUKnow, an AFP-led education program designed to prevent online child sexual exploitation.