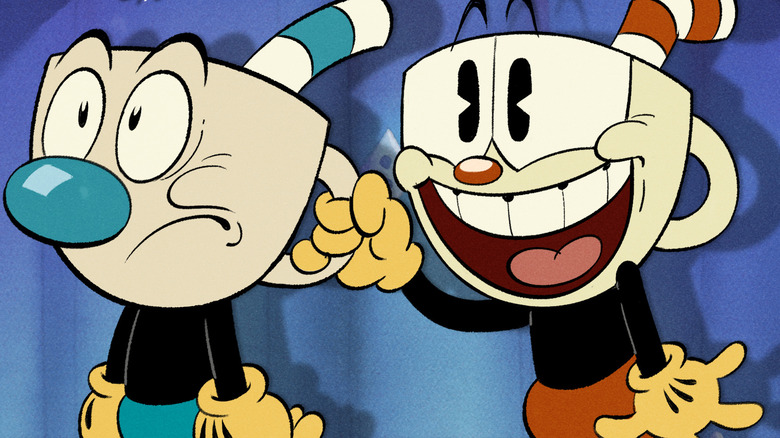 First "Castlevania," then "Arcane," and now "The Cuphead Show!" It looks like Netflix is slowly taking over the world of animated series based on popular video games. But if it means that one of the most stylish run-and-gun games of the decade becomes a magical, musical series about our favorite singing cups, how can we complain? "The Cuphead Show!" was announced back in 2020, as a serialized adaptation of the award-winning 2017 StudioMDHR game, "Cuphead." The show will build off the established characters and world of Inkwell Island for a new version of the titular character's many misadventures.

When And Where To Watch The Cuphead Show 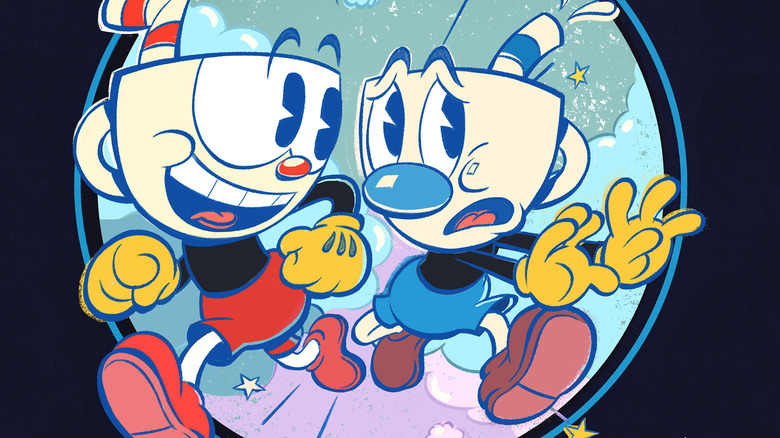 "The Cuphead Show!" is set to arrive on Netflix sometime in 2022, though the exact premiere date has yet to be revealed. The 10-episode series will maintain the look of the rubber hose animation-influenced game, which has a retro Max Fleischer-inspired style, harkening back to the golden age of American animation. The series adaptation won't take the traditional pen-and-paper approach of the game, which relied on meticulous, painstaking hand-drawn and inked animation. The good news is that this means the series will complete production a lot quicker than otherwise — plus, it will still feature hand drawn characters and movement.

What We Think The Cuphead Show! Will Be About 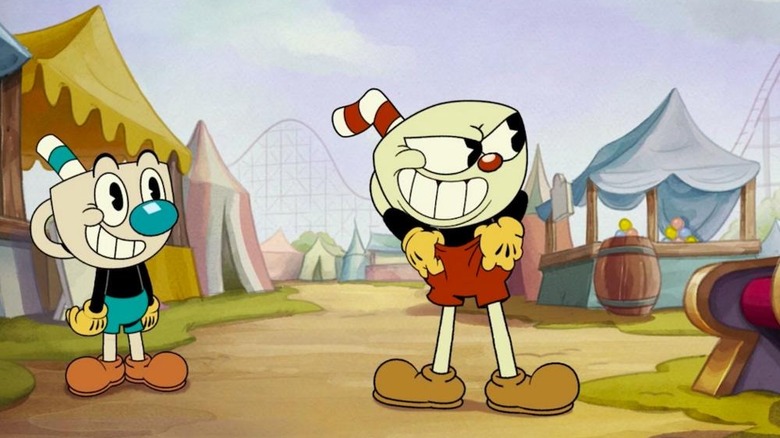 "The Cuphead Show!" follows many of the same characters and story beats featured in its video game counterpart, but now has the benefit of 10 episodes to expand on them. We'll get to catch up with the residents of Inkwell Island, where Cuphead and his brother Mugman are two fun-loving kids who wander into the Devil's Casino and start playing craps. In the game, their winning streak catches the attention of the Devil himself, leading him to offer them a stake-raising deal: win one more roll and they get all the money in the casino. But if they fail the roll, the Devil takes their souls. You can probably imagine what happens next -- their losing roll kickstarts the game! The duo are tasked with collecting all the "soul contracts" from the Devil's runaway debtors, and success means he might spare their souls. The series is expected to follow a similar storyline, leading the brothers off on an adventure to explore Inkwell island, but venturing into some of the world's unexplored territories.

What We Know About The Cast And Crew Of The Cuphead Show! 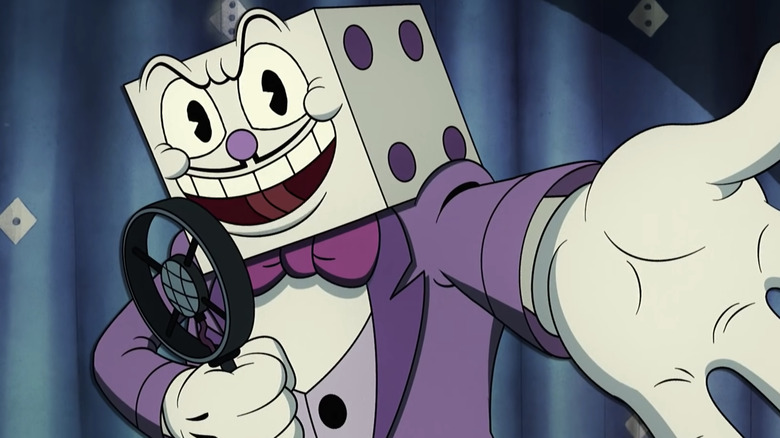 Tru Valentino ("The Rookie") has been announced as the voice of Cuphead, with Frank Todaro ("Transformers: Prime Wars Trilogy") as Mugman. Few casting announcements have followed, but Wayne Brady was later revealed to be King Dice, the right-hand man of The Devil and another villain in the Cuphead story. "The Cuphead Show!" is executive produced by StudioMDHR's Chad and Jared Moldenhauer, the brothers and co-creators behind the game. CJ Kettler ("Carmen Sandiego") from King Features Syndicate will also executive produce, alongside Dave Wasson ("Star vs The Forces of Evil") and Cosmo Segurson ("Camp Lazlo"). Clayton Morrow ("Dexter's Laboratory," "The Powerpuff Girls") and Adam Paloian ("Spongebob Squarepants") will serve as supervising directors.

Behold, "The Cuphead Show" in all its nostalgically animated glory. So far the only clip we've seen from the upcoming Netflix series is the introduction of Wayne Brady's King Dice. Below, you can read how Netflix has described the series:

"The Cuphead Show!" follows the unique misadventures of the impulsive Cuphead and his cautious but easily swayed brother Mugman. Through their many misadventures across their surreal home of the Inkwell Isles, they've always got one another's backs. The new series will expand on the characters and world of Cuphead, with an animation style inspired by the classic Fleischer cartoons from the 1930s.

Read this next: The 15 Best Rick And Morty Villains Ranked

The post Everything We Know About The Cuphead Show! So Far appeared first on /Film.