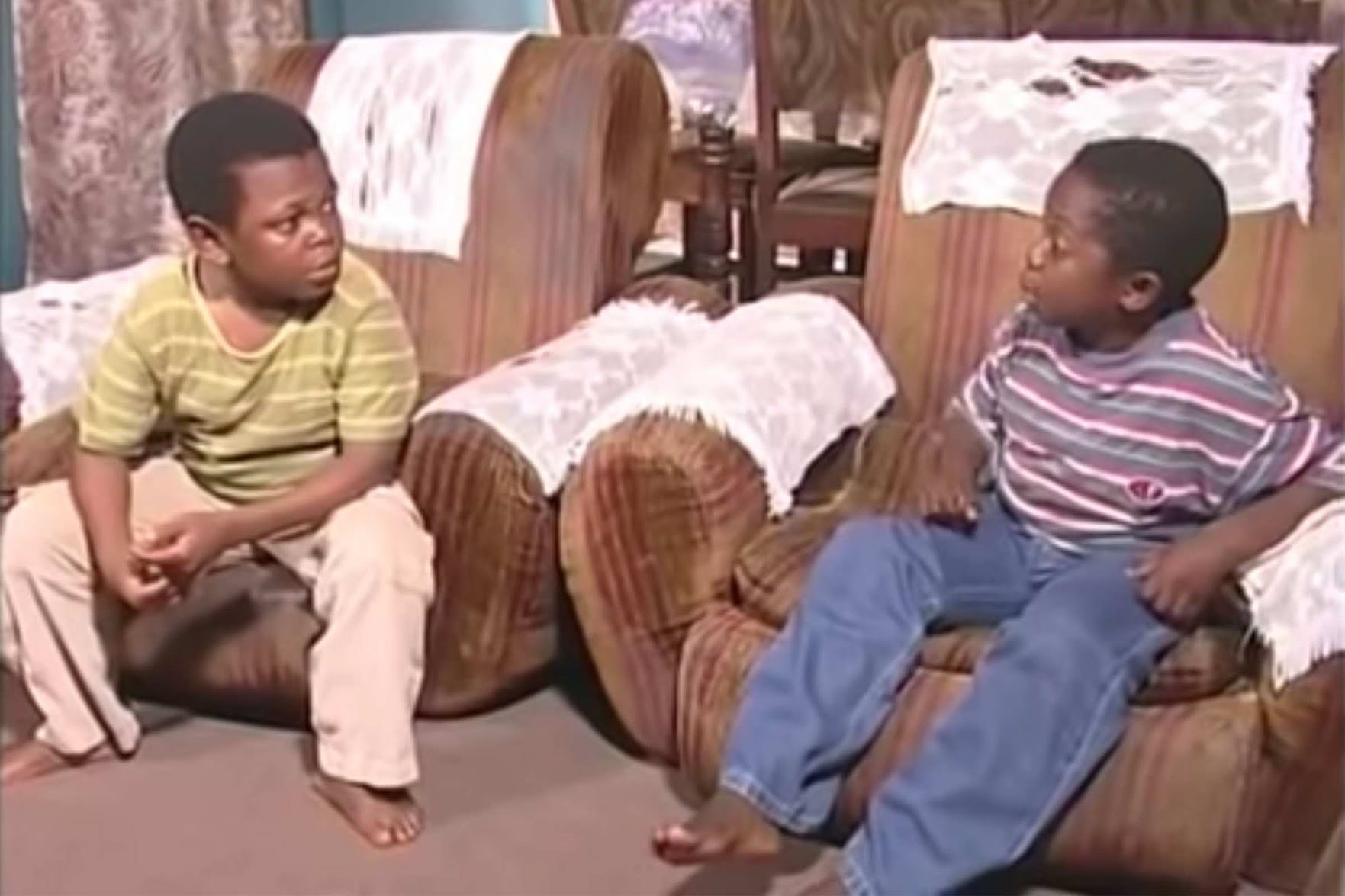 Nigeria's film industry is one of the largest in the world — with big budgets, high production values and the star power of actors like Adesua Etomi-Wellington and Mawuli Gavor. But back in the '90s and 2000s, Nollywood was known more for its cheesy direct-to-video hits like 1992's Living in Bondage. Think horrible CGI, overdramatized scenes and predictable archetypes and storylines.

Up until recently, this much-maligned golden age of cheaply produced movies was confined to VHS and DVD libraries. Then, in the early months of 2019, memes featuring '90s Nollywood duo Osita Iheme and Chinedu Ikedieze went viral. Iheme and Ikedieze, who are often assumed to be teenagers but are actually aged in their 40s, are known for their theatrical over-acting — one meme shows Ikedieze become starstruck by a girl's beauty, while another depicts Iheme taking sips of beer while exaggeratedly expressing his satisfaction. The over-the-top nature of these memes and short videos, a defining factor of movies from the era, made them an instant hit on the internet and social media, where they worked well as reaction images for any given tweet or thread. Another Nollywood clip of actress Funke Akindele from Tchidi Chikere's 2014 comedy Pretty Liars running and screaming also got memed. The movie Blood Sisters' infamous "keep being the bad girl that you are" scene, featuring Nollywood A-lister Genevieve Nnaji, has now been recreated thousands of times.

@nolly.babes on Instagram: “Perhaps the most iconic line in Nollywood history ‘Keep being the bad girl you are...’”

The resurgence of these clips and stills is largely thanks to Instagram accounts lke Nollybabes and Yung Nollywood, who have taken it upon themselves to document the industry's past and share it with a new generation. The admins, in their 20s, are aware that what were once the biggest critiques of movies from that era — bad acting, overdramatization, didacticism — have become the reason they work so well as reaction GIFs. The femme fatale roles played by the original bad bitch Regina Asika, the bad-boy-who-just-came-back-to-Nigeria roles that Jim Iyke and Hank Anuku played for years, the mother-in-law/step-mother roles that actress Patience Ozukwor played so well. Not to mention the iconic brows of Eucharia Anunobi — no YouTube beauty guru can compete.

''People are into stills from what we like to call the 'Golden Era of Nollywood' — mid 90s to the early noughties — for two reasons,'' Tochi, one of the two Nigerian sisters living in New York running @Nolly.Babes tells PAPER. ''The first reason is the pure aesthetic appeal of the images. People will always appreciate beautiful black women dressed impeccably, and that's essentially what the image of a Nolly Babe is. These women continuously set trends by pushing the boundaries of both traditional and western style. Genevieve Nnaji's Gucci monogram looks would put Billie Eilish to shame."

Related | Sundance 2020 Was All About the Women

The second reason is the "nostalgic value" of the images. "For many of us, these images are reminiscent of a simpler time that we'd gladly go back to," she explains. "It is this nostalgia as well as the irresistible glamour of that era that has allowed platforms like Nolly.Babes and Yung Nollywood to grow an almost cult-like online following that has spilled over into the real world." In December 2019, @Nolly.Babes held an old Nollywood era themed party at the Lagos concept store ALÁRA. The event had a large turnout of Lagos youth dressed in clothing expected from the golden era of Nollywood and the success of the event is a testament to how much influence Nollywood's past still has in today's world.

These digital archivists aren't just documenting Nollywood's past — by resharing these stills and short videos they are also influencing the Nigerian film industry today. Nollywood is catching up and realizing there's still an audience for the classics: 2019 saw the release of the sequel to Living In Bondage, credited as the movie that kickstarted the contemporary Nigerian film industry after its former glories of the 1960s, '70s and '80s faded away.

''It would be fair to assume that reboots have been influenced by the interest in old Nollywood generated by the images and clips we and our contemporaries share,'' Tochi tells PAPER. ''A Nneka the Pretty Serpent reboot is on the way, and I don't think that it's a coincidence that we had just scoured libraries across the United States to find a copy of the original to source clips that we recently posted on our page. I think it might be a stretch to take the credit for bringing these movies back into the forefront, but I think the general desire for these reboots is fueled by a movement we have had a hand in pushing.''

yungnollywood on Instagram: “‪waking up to discover you’ve overslept at your side man’s house”

Nollywood's past is not only influencing the country's film industry, but pop culture at large. ''Nowadays, we see music videos, editorial shoots and fashion collections with very clear references to Nollywood,'' Ebele of Nolly Babes says. ''To us that shows that people are embracing a history and era that is unique to us as Nigerians.'' This is particularly evident in the "alte" subculture of young Nigerians who create art that deviates from what is considered mainstream. In the songs and music videos of artists like Santi, Odunsi The Engine and Lady Donli, elements of old Nollywood are heavily featured or referenced — the visuals of Lady Donli's Corner Corner draw inspiration from old Nollywood aesthetics while singer Odunsi's music video for "Wetin Dey" is inspired by the 00s show Wetin Dey. These aesthetics have reached the fashion world, too: London-based Nigeria-born designer Mowlola Ogunlesi's 2019 collaboration with New Gallery is heavily inspired by old Nollywood as well as her Nigerian upbringing.

''Life is nothing but a cycle,'' Yung Nollywood tells PAPER on the resurgence of old Nollywood and its influence on the culture. ''What's cool will always be cool, it's just a matter of it coming back.''