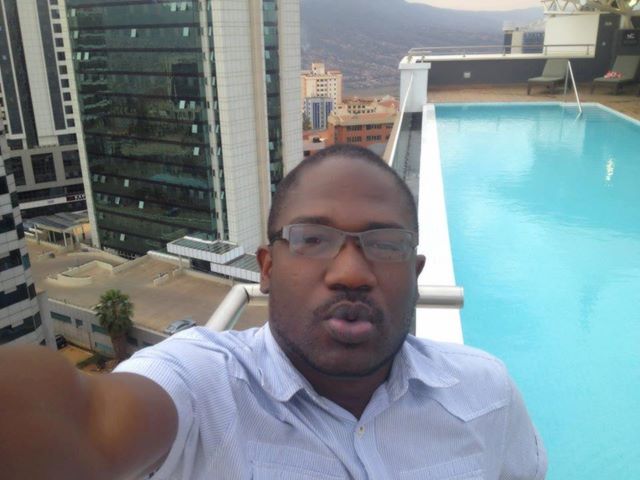 This Week in Ugandan News

NO ONE IS LOOKING FOR YOU

In August 2017, on the 3rd day of that month, Revence Kato-Kalibwani was killed on Parliament Avenue, outside Cafe Javas. You dont know who he is, do you? I dont blame you. Uganda does not celebrate her civilian heroes that much. Or the people, who with a rope over one shoulder, back bent forward, are dragging the country into the future with panting sweat on their brow. Kato-Kalibwani was one of them.

To this day, we do not know why he died. Or how he died. The only report we have is 1 min, 52 seconds news clip that reported the murder of a man by a mob that accused him of trying to set fire to Cafe Javas. Those who knew the geeky, highly cerebral Kalibwani who helped created the mobile money application software called Adjection, one of the bedrocks of what we use everyday in our phones.

Uganda lost him and did not pause.

Uganda is on the brink of losing another mind like Kalibwanis in Kigali, Rwanda. As far as we know, Ivan Peter Egesa has been missing since Sunday, December 8, 2019. He is no stranger in Rwanda where he has worked since 2015, importing his software engineering skills.

Egesa could have gone to Kigali and settled with just collecting his cheque at the end of every month. But no, he would not. Carrying on with his practice from Kampala and Serere, the deeply spiritual Egesa offered his services as a volunteer to religious and charity organizations whenever he could in Kigali. Now he is missing. Its been a month and his family has not heard anything from him, his last employers UpType say they have no idea where he disappeared to either.

Uganda has not paused. Uganda should pause and ask, Where are my children?

But Uganda has not paused.

SECURING THE BAG AT THE NRM DELEGATES CONFERENCE

On Saturday, January 25, the National Resistance Movement (NRM) held its first delegates conference of the year 2020. The more important Central Executive Committee (CEC) meeting had been held earlier on Thursday and Friday.

In that meeting of the third highest party organ, it was decided that the secret ballot method would be discarded and lining up behind candidates adopted. The motion to amend the NRM constitution was moved by the NRM deputy secretary-general, Richard Todwong and seconded by former Bukoto West MP, Mulindwa Bilimumaso. For NRM long timers, all this must have had an air of deja vu.

Fresh out of the jungles of Luweero January 26, 1986, still unkempt, sipping from plastic Nice cups, National Resistance Council meetings chose their leaders through this transparent method. We are back here, like we are back to reviving the Uganda Airlines, the cooperative societies, the railway, perhaps even one day the Uganda Electricity Board.

Lining up, NRM Chairman Yoweri Kaguta Museveni argued, is supposed to cure allegations of ballot stuffing, uproot multiple voting, reduce on temptations of election manipulation, reduce on administrative costs for Party, remove excuses for delays in party elections due to lack of polling materials. Finally, lining up conforms with the national laws of Uganda especially the Local Government Act.

CEC and the delegates conference reinforced a February 2019 decision that had been reached at Chobe Safari Lodge in Nwoya district: Museveni will be NRMs sole candidate during the 2021 presidential elections.

During his Saturday speech to the gathered faithful, President Museveni shared statistics that merit closer examination. He claimed that Uganda currently has 4,920 factories, 8,400 service companies and 4,100 ICT companies in Uganda, altogether employing a total of 2,015,000 people.

The statistics left me wondering how many people are in recognized employment in Uganda? How many citizens actually pay tax to the Uganda Revenue Authority? Just how many people of the over 40 million national population are under or not employed at all?

Those are not idle questions. Cold, hard figures are not easy to come by in this country. Makerere University, for example, does not yet know how many students are studying in its hallowed halls. To this day.

Every Ugandan lives with the dread of one day turning up at a hospital, unconscious, unable to speak for themselves. Many, the survivor of an automobile accident, that would have lived has bled out and died neglected and alone on the floor of a hospital or clinic. Ignored because they did not have money in their pockets to speak when, mangled in an accident, they could not.

On Wednesday, the Ugandan Parliament took steps to try and make sure that never happens again. Parliament passed the Traffic and Road Safety Act 1998 (Amendment) Bill 2019.

If assented to by President Yoweri Museveni, all health facilities will be required to accord medical assistance to accident victims without asking for money as a precondition.

A person involved in an accident shall have access to medical treatment at a hospital, clinic or any other health facility without proof of financial ability to pay until he or she has been stabilised, reads clause 64 of the Bill, which was been passed by Parliament on Wednesday, 29 January 2020.

This provision in the new law is quite important because an unfortunate culture has permeated Uganda: helpless accident victims are always stripped of their property by first responders. Even an accident victim who is not unconscious is likely to struggle to convince a medic to give them aid because they have lost all the money they had on them.

On average, police reports estimate 3,000 people lose their lives in fatal accidents every year in Uganda. The Makerere University School of Public Health conservatively estimates the number to be closer to 9,000 as per a 2019 research paper. The statistics do not account for those who die as a result of accidents after unsuccessful initial treatment.

The revised law also seeks to punish drink-driving (driving under the influence of alcohol) with a Shs6m fine, a jail term not exceeding three years or both. It has been revised from Shs300,000 or a six-month jail sentence in the current law.

The law empowers the Department of Transport Regulation under the ministry of works to replace andtake on the roles of the Transport Licensing Board and National Road Safety Council. This is aimed at enhancing the ministrys regulatory and oversight role in the transport sector.

Keep all this mind as you follow Lil Pazos urging, Genda ogule emotoka.

In the News also

The Coronavirus has killed at least 259 people in China where it originated in December 2019. The World Health Organization declared the Coronavirus outbreak a global health emergency on Friday, January 30, 2020.

Uganda has no idea how many of its citizens are stranded in the vast factory of the world that is China. The epicenter of the outbreak is the city of Wuhan.

The post There is a Ugandan missing in Kigali and we want to change the road rules appeared first on Nile Post.